The Darnell family is in the motorsports business. Chris Darnell is a perfectionist who likes things done his way. After all, if they’re not, it’s his life that’s in danger. And as his wife and crew chief Brooke emotionally describes, “My husband’s life is in danger every day!”

Chris is a hard ass, plain and simple. He gives Brooke a little leeway (for his own good), but not much. When it comes to the racing business, Chris has done it all, so he knows what he needs and he wants what he wants.

Brooke is a second-grade school teacher who tries to spend as much time on the road with Chris and the team as she can. This often includes travelling with their two daughters aged 3 and 5.

She’s a fighter who won’t back down from Chris, but if she’s not winning an argument as his crew chief, she’ll switch to “Mrs. Darnell” without skipping a beat. As the frustration mounts she finds other outlets to which she can invoke her authority.

That brings us to co-crew chief Wayne – the designated Darnell punching bag. Once homeless, Wayne says the Darnell’s rescued him and saved his life. Now he works for them and is tasked with, amongst a seemingly endless list, keeping Chris safe.

Working for Chris is tough, but loveable Wayne just does his best to roll with the shots and jabs. And when Brooke joins in, the hits just keep on coming! A clumsy Wayne does his best, but is often his own worst enemy doing things that are sure to meet with Chris’ disapproval.

When it’s show time, Chris routinely tops NASCAR, Formula One, and even Funny Car speed records. And he does so in a big-rig truck powered by three afterburning jet engines totalling 48,000 horsepower capable of propelling Chris at a world record speed of 376 MPH.

Chris’ flame-engulfed run is nothing short of jaw-dropping as it draws awe-inspired crowds and sells out weekend shows. But as much a spectacle as his act is, it’s the time between shows where the real drama happens. 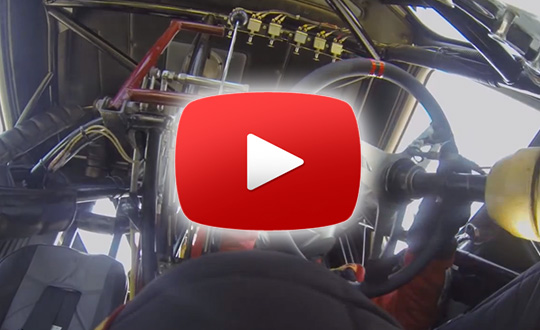 Driving for days on end between shows in extremely close quarters gets everyone’s fuse a little short. So when just about anything happens, it isn’t long before sparks fly.

Whether it’s Wayne driving the night shift only for Chris to wake up in the morning and learn Wayne’s being going the wrong way, or arriving at the venue empty and realizing that no one placed a fuel order in advance, the things that happen, major or minor, are always colorful and outrageous.